Today is June 26th, and I feel the relevance of this post on a major level. This was a wake up call, to try to make the most of this final month and a half. This summer has been unlike the rest, and that’s not necessarily in a good way. I don’t have the luxury (if one looks at it as so) to lay around and watch the Today show.

Life doesn’t go according to plan. I wish it did, because I want to feel happy with myself and my accomplishments and my control of my future. But that’s a nonexistent hope, because control is a transparent word.

Sometimes I get so down, because if I thought then that I had changed, lost the motivation I had when I began this process, then what have I become now? I have to ask myself, did my spark ever relight three years later?

Trying to stay positive, trying to make the most of the time I’ve been given. 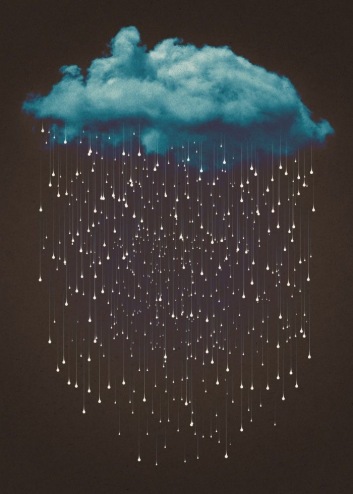 “I am lost at the moment. My colors have blended together, and I am at war with myself.”

It is the end of July. And it was here faster than a New York minute. It is unfair how much quicker the clock ticks in the summer than during the school year.

I think it’s due to the fact that during the summer, you can wear your polka dot pajama pants, lay in bed, and eat a bag of Cheetos while watching the Today show. And let me tell you, if you ever feel bad about yourself and your old polka dot pajama pants, just watch Kathie Lee Giffod and Hoda Kotb talk about their diets and the newest episode of The Bachelorette. I guarantee you it will give you enough self-appreciation for a week straight.

Back to the fact that it is July 25th. I would like to say that I have been productive, accomplished something everyday, and was happily enjoying the sun with a smile on my face. But life never seems to stick to the plan, does it?

Halfway through the summer, my lists were still unaccomplished and depressing. Every time I glanced at them, I made a mental note that I had to do something. I couldn’t spend another night at home sitting on the couch with the boys watching the Red Sox lose (possibly another reason my spark burned out).

Now that I re-read that, I make it seem like I am a lazy bum who sits at home watching television all summer. This is definitely not the case. This summer I’ve:

You’re probably saying, “Wow, Maddie! You’ve had a GREAT summer! Why are you wasting my time by writing this?” I sound very unappreciative right now, I am so thankful for my fantastic life. I am very glad I did all of these things.

But I can’t think of my reason to hop out of bed in the mornings anymore, other than to avoid being late to work. I’ve read over our older posts, and I’ve lost my ambition it seems. I made a “motivation board” a while ago, but it is currently sitting in my room coated in dust.

I am lost at the moment. My colors have blended together, and I am at war with myself.

I’ll be back though. Sooner or later. Once my spark ignites again, my flames will burn even brighter than before.

But until then, I will be watching Kathie Lee and Hoda drink full glasses of wine for breakfast and laughing at the fact that life may not go as planned, but it is still beautiful (even if you’re drunk before 10 am).