On this unusually hot, humid Friday night in downtown Kansas City, I met my second stranger. My boyfriend and I were wandering around aimlessly, admiring the Tiffany diamonds and colorful paintings lined up at the art festival, but an all-too familiar bookstore caught my attention.

As a writer, I have an unwritten rule that I can’t just walk past a Barnes and Noble without stopping. Having the patience and self-composure that I’ve never seemed to master, my boyfriend diligently followed me around as I read the back covers of dozens of books and mumbled about literature and publishing.

Suddenly, out of the corner of my eye and the back of my mind, Stranger Number Two appeared, and I introduced myself and my project to Charlie Drape. 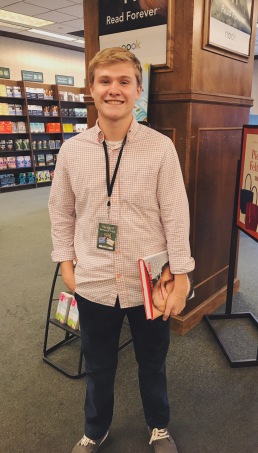 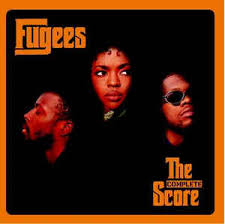 “The Score” by The Fugees

Charlie Drape, a twenty-year old Kansas City native was spending Friday night working his shift at Barnes and Noble, which is something he loves. Barnes and Noble has a special place in his heart; Charlie’s favorite thing about himself is his taste in music. In fact, he bought his first album ( “The Score” by The Fugees ) at a Barnes in Noble at age 12. Snapping a quick picture and thanking him for his time, I’m happy to say that I have now met two strangers, and have only ninety-eight to go! Thanks again to Charlie Drape (I’ll always support Barnes and Noble workers).